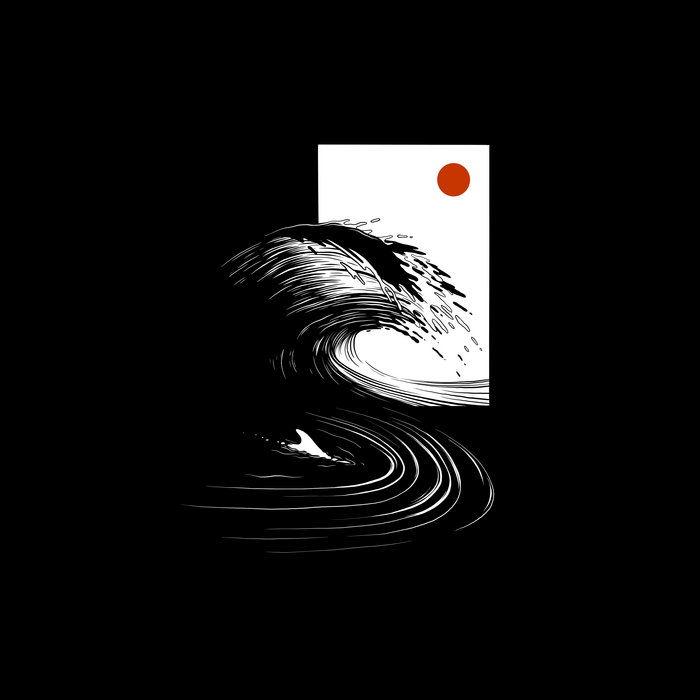 bluemoon_in_the_afternoon Perfect record for creative work or while taking a walk.

matty harris floppy knee dances and hand upon chest earnest
see Diab he, a true troubadour a gadabout a minstrel
a bow upon the union of infinity

scorpionrider777 White Whale has that rarest of qualities: a combination of technical virtuosity with a truly original and deeply heartfelt voice. Favorite track: Cubensis Yellow Fire.

Lost Tribe Sound This is my favorite C. Diab album of his entire collection, though they are all to love. White Whale finds a perfect cohesion of the various experiments C. Diab has eluded to on past albums, while still offer new avenues to explore. C. Diab is among the masters when we are talking about the unconventional bowing of instruments and multitude of techniques, draws comparison to Seabuckthorn, Alder & Ash, or perhaps even, Sailcloth in my mind. This is brilliant.

Album of the day on Bandcamp, 8 June 2020: bit.ly/bandcampcdiab

“Music for dark landscapes; like a modern, electronic scion of The Bothy Band and Boys of the Lough” Mojo

“Ambient music in the best sense, music for living that can be as non-invasive or immersive as you wish” The Wire

“C. Diab works with a lush and organic eye for tenderness that goes beyond many of his contemporaries” The Quietus

Having received critical acclaim for his stunning 2018 release Exit Rumination (and 2016 debut No Perfect Wave), the writing of White Whale arose over several months in the latter half of 2019, expressing the thoughts at the forefront of the Vancouver-based musician’s mind: generational disenfranchisement, lack of economic security and spiritual disposition.

“The hope for security, for accountable humanitarian leadership, for affordable housing and fair income, for understanding, things which we learned were natural pieces of a progressive society, now seem like humanity’s great white whale in a darker, regressive world, once appearing on the horizon only to disappear again into the deep,” writes Caton.

Diab created skeletal forms of White Whale’s music over the summer and fall of 2019, with much of the flesh of the work allowed to come to life spontaneously during the recording process. Using synthesizer along with the bowed guitar, flute and trumpet of previous records yields a mix of analogue and digital technology new to his music. This subtle, sympathetic widening of his usually focused palette accords White Whale a new identity amidst C. Diab’s work, yet retains the unique magic and the uncanny mysticism we have come to know.

Lead single ‘Street Scenes’ is deeply emotive in sound and balance, marrying soaring bowed melodies with layers of perpetual drones, conveying a distant world of melancholy and broken beauty. Later in the record, the heavenly, otherworldly transportation of ‘Utopia’ and the sonic textures and organic instrumentation of ‘100 Famous Views’ help push White Whale into an evocative, innocent purity. Interestingly, White Whale lands only momentarily on comparison points. Listeners of Colin Stetson, for example, will appreciate C. Diab’s virtuosic instrumental technique; fans of Tim Hecker and Richard Skelton will find interest in the glacial slow-motion textures; here is a soul-bearing and intimate tenderness in the same way as Arthur Russell, while John Fahey and Robbie Basho collectors will understand his nods to the dark underworld of North American folk music. But, as with the best records, the result is much greater than these parts. The truth more distinctive and mythical than the evocations.

Offering his music as an impetus for self-healing, Caton speaks of escape, understanding and compassion. “It’s my hope that White Whale, for what it’s worth, will lend a small hand to the listeners’ emancipation from inward fear and sadness and feelings of unworthiness,” he writes. “And help you realize what it is you need to do in order to have that conversation, or make that move, and two steps forward in crushing that which seeks to crush you.”

c. diab is a musician from the west coast of canada. all thoughts are afterthoughts.

Bandcamp Daily  your guide to the world of Bandcamp